Long before I took any sort of flying lessons, I spent many hours in the right seat of my father-in-law’s single engine airplane.  Around the hangar, I learned that one of the pithy sayings in the flying community is that “every take-off is optional, but every landing is mandatory.”  The primary goal of a pilot is to bring the aircraft to a safe landing at its destination.  This requires all sorts of training as well as reliance upon many safety mechanisms both inside and out of the cockpit.  Travelling down Scottsville Road near Rafferty’s on a gloomy evening or foggy morning, you might notice a light occasionally streaking across the sky from south to north.  This light, which shines brightly out into the night sky is the Bowling Green-Warren County Regional Airport Beacon.  One of the first things a student pilot is trained to look for in lowlight conditions is this beacon.  No matter where you might be above the earth, you should be able to see at least one white and green light calling you home.  From the air, these lights are visible from many miles away, which can help a pilot flying under Visual Flight Rules locate an airport and begin the approach process.  These beacons can be particularly helpful in an emergency, when finding an airport quickly can mean the difference between life and death, but on a less dramatic level, the reality is that if you can’t see the beacon at an airport, you can’t legally land there under VFR. 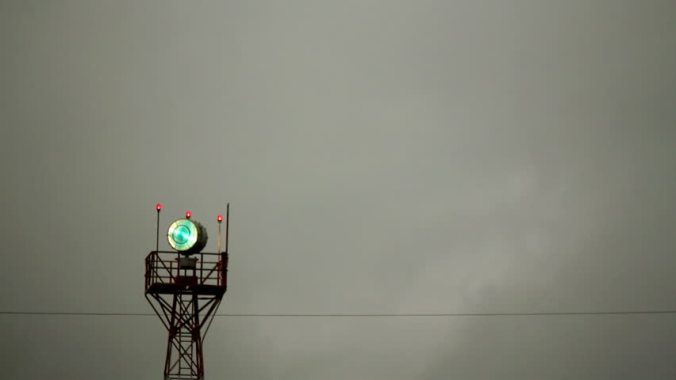 One of my jobs as co-pilot for my father-in-law was to find the beacon.  While he was busy getting the plane ready to land, communicating with air traffic control, and going through his check-lists, my eyes were fixed in the general vicinity of the airport, looking for that familiar light to flash across the windshield.  “Got it,” was my usual response when the airport beacon was in sight.  These two words were enough for Doug to know that the mandatory landing ahead of us would be as standard as a visual landing can be.  As the co-pilot, I am the one responsible to testify to the light.

John the Gospel writer is very careful to remind his readers that John the Baptist was not the light, but one who had been sent as a witness, to testify to the light that was coming into the world.  Both the noun “witness” and the verb “to testify” are translated from the same Greek root, martyr.  John the Baptist would die a martyr’s death because he lived a martyr’s life, as a witness to the light of Christ and testifying to anyone who would listen about the light that darkness could never overcome.  To stretch the flying metaphor a bit, John the Baptist was given the ability to see the beacon of God’s work in Christ long before the rest of the world could see it.  He was called to get on the radio to tell anyone with who would listen where to find the light; calling everyone back to their home field.  John’s role was to invite everyone within earshot to open their eyes and see the light shining in the darkness.

This morning, as we gather on the First Sunday after Christmas Day and hear the familiar, yet lofty words of the prologue to John’s Gospel, we are also welcoming two new members into the Body of Christ.  Through the gift of the Holy Spirit that Maya and Alex will receive today, they will join with us as inheritors of the primary vocation of John the Baptist and every disciple in every generation as witnesses of the light.  In just a couple of minutes, we will all make a pledge to support these two young people in their life in Christ by living our lives as examples of what it means to testify to the light of Christ that shines in the darkness.  It isn’t hard to notice that the world is in a constant state of low light conditions, but filled with the light of Christ, Christians of all ages are called to shine in the darkness,  With God’s help, we are called to show Alex and Maya what it looks like to share the Good News of Jesus, and to help our family, friends, and neighbors to see the beacon that is so often obscured by the fog of fear, anger, hurt, and regret.

A little more than two years ago, when we baptized Jocelyn, Maya and Alex’s big sister, I asked you to consider how you might live into the commitment you made.  “As you renew these promises, are you doing all in your power to grow in the knowledge and love of God?  Are you reading the Bible?  Are you praying?  Are you giving? Are you serving?  Are you sharing the Good News and the hope that is within you?  Are you giving back to God everything that is God’s?”[1]  Today, I wonder how those same practices of discipleship are helping you shine the light of Christ in a world filled with darkness?  How is God inviting you to testify to the light?  As followers of Jesus, we are to carry Christ’s light out into the world to help people see that in the light of Christ there is life, and that life is abundant with joy, compassion, grace, hope, and love.  No matter how dark it might seem, the beacon of Christ’s hope is always shining, always visible, and always calling us home.  Amen.