Ten years ago last April, I was in the labor and delivery room with my wife as she gave birth to our firstborn.  I was watching the monitor that recorded the contractions as they came and went.  I cut the umbilical cord.  I was generally supportive.  But in the way the story should be told about that day, I am little more than a bit player.  As the due date came near, I remember some of the older men in my congregation talking about their memories of their own children being born.  Fifty years earlier, it wasn’t just that men weren’t expected to be in the delivery room; they flat out weren’t allowed there.  One guy told me about the golf game he played while his first son was born. 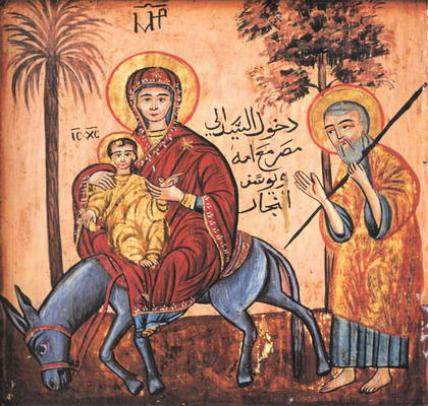 I find it interesting then, that when Matthew begins a story with “Now the birth of Jesus the Messiah took place in this way,” the bulk of the story is focused on Joseph, the guy who had “had no marital relations” with Mary, whose family lineage required the very inconvenient journey to Bethlehem in the first place, and who almost certainly passed the birthing duties on to a midwife.  Matthew is keen in making sure that his readers know how Jesus fulfills all kinds of prophecies about the Messiah, but the one he selects from Isaiah 7 about a virgin who will bear a son seems to be much better handled in Luke’s account of the Nativity of our Lord.  This is especially interesting given that it is Matthew who includes the names of four female ancestors of Jesus in his genealogy, and Luke names none.

How stories get told is maybe more important than the story itself.  The gist of the narrative may not change – a Messiah is born under questionable circumstances – but the details matter.  Sure, it is helpful to understand the cultural pressures under which Mary and Joseph lived, but why only tell that part of the story and relegate the birth narrative, much expanded by Luke, who likely shared a common source, to a passing thought in a sentence more focused on whether or not Mary and Jospeh had sex while she was pregnant?  Matthew clearly has a design in mind as he three times highlights dreams that Joseph has as well as the vision of the Wise Men.  God’s hand is at work in the story, be it in fulfilling prophecy or orchestrated the movement of the key players, but still I wonder, what about Mary?

I don’t have any answers for you today, dear reader, just things to ponder as you approach some very familiar stories told in very intentional ways.  How will you tell the Good News of the Messiah’s birth?  Will it be in the lofty language of John?  Will it include the powerful image of Linus dropping his blanket when Luke’s angels say “be not afraid”?  Will it feature Joseph’s dreams and God’s handiwork?  Will all three make an appearance?  How the story gets told is important.  So, pay attention to the details.